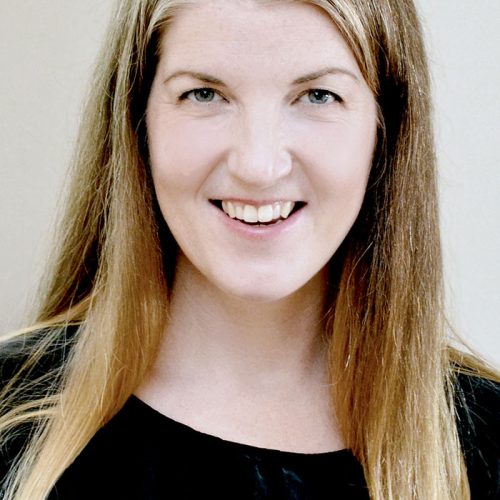 “What you are doing...is profound, at the level of healing the body, heart, mind and spirit.”

Carrie Tennant is the founder and artistic director of the Vancouver Youth Choir. For the past 15 years, she has worked primarily with youth, developing leadership and artistry with young singers. Carrie’s choirs have been featured at Chorus America, Podium (Choral Canada), and National ACDA conferences, and have twice been awarded first place in the National Competition for Canadian Amateur Choirs. During her time with Coastal Sound, their popular Indiekör shows were recognized with Choral Canada’s National Award for Innovation.

Currently, on top of her work with VYC, Carrie is an Affiliate Conductor with the Vancouver Chamber Choir, and a frequent clinician, adjudicator and guest conductor across North America. A passionate advocate for building and sustaining community among BC choirs and conductors, in 2010 she helped found the “BC Choral Mentorship Project”: a collective that brings together expert speakers/conductors from across North America with local choral directors for master classes and good food and wine. In a past life (before she had two small and very lovely children) Carrie also toured, performed and recorded with her husband Scott as a member of Vancouver-based indie-pop group, The Salteens (Boompa Records).

Jenna is a fourth year music education student at UBC. In 2018, she joined VYC and has been the intern conductor for VYC SENIOR for the past two years. When she isn’t in school or singing with VYC, she teaches singing at Lights Up Musical Theatre Schools, and assistant conducts the Crescent Women’s Choir in White Rock. Jenna is thrilled to be joining the staff at VYC!

Luke teaches music and performing arts at Mulgrave School in West Vancouver. A graduate of the UBC Music Education program, he directs several school choirs, and has served as assistant conductor for the Vancouver Orpheus Male Choir and the 2019 BC Youth Choir. Luke sang with the Vancouver Youth Choir from 2016-2018 and this past season was the assistant conductor of VYC Voices. Luke couldn’t be more excited to be re-joining the VYC family, co-conducting VYC Kids and teaching literacy classes!

Lisa Reimer has been active in Choral Education with Vancouver students K-12 Since 2000. She currently teaches at Killarney Secondary, which has the largest secondary choral program in Vancouver. Lisa is excited to be teaching VYC Tiny, and is sure she’s the tallest Tiny teacher they’ve ever seen! Lisa graduated with honours from McGill University, holds a performer’s ARCT in piano, holds an Orff certification, and mentors new choral teachers from both SFU and UBC. Recently she became a “super fan” of VYC on Facebook. Lisa and her family live in Vancouver and enjoy Minecraft, pizza and soccer.

Originally from Victoria, Caitlin Hayes has a Bachelor of Music in classical piano from UVic, and has worked as a pianist, music director, actor and singer all over Canada, from Vancouver to Halifax to Toronto to Dawson City, Yukon, as well as on a cruise ship in the Bahamas. For several years she was based in Toronto, where she was the associate conductor and accompanist of the La Jeunesse Senior Girls Choir (Cobourg, Ontario) and also worked as a freelance musical director and vocal coach. Since returning to Vancouver, Caitlin has been busy working as an accompanist at Capilano University’s Musical Theatre program, and accompanist and assistant conductor for the adult community choir Burstin’ With Broadway. She also is a music director for local theatre companies. She received a 2016 Ovation Award for Outstanding Music Director, and a Jessie Award nomination for Significant Artistic Achievement for “Closer Than Ever” at the Gateway Theatre. Other recent credits include A Christmas Story (Align Entertainment) , Carrie” and “Grey Gardens” (Fighting Chance Productions) and “Gay’s The Word” and “Fiorello” (APPLAUSE! Musicals in Concert.) She is delighted to be working with Carrie and the extremely talented young people of the Vancouver Youth Choir.

Jocelyn Liu is an elementary music educator and currently teaches K-5 General Music in the New Westminster School District. She began her teaching career with the West Vancouver School District and established a comprehensive K-7 elementary music program that consisted of Primary Choir, Intermediate Choir, Vocal Ensemble, Drumming Ensemble, Gr. 6/7 Band, and musical productions. During her time in West Vancouver, she was also a part of an Innovation Grant that focused on the development of elementary music literacy. She is inspired by Orff Schulwerk and Kodaly approaches to teaching music and has completed her Level 1 Orff training at Vancouver Community College and Level 2 training at the Royal Conservatory of Music Toronto. Jocelyn has an ARCT diploma in Piano Performance from the Royal Conservatory of Music Toronto. She received her Bachelor of Music from the University of British Columbia and during her undergraduate degree, she performed extensively with two ensembles at health care facilities through the Health Arts Society. In 2014, she also received her Bachelor of Education from UBC with the Donald C. Gibbard Prize in Music Education. Jocelyn currently spends her evenings working on her Master’s degree in Music Education at UBC and spends her free time volunteering and learning about mindfulness at the Dharma Drum Mountain. She is very excited to be a part of the VYC family as an accompanist and music literacy instructor!

Melodie Langevin is the Director of Choirs at Seycove Secondary in North Vancouver. She completed her Bachelor of Music degree at the University of Manitoba under soprano Valdine Anderson, and in 2014 she graduated from UBC’s Teacher Education program with an Outstanding Practicum award. While at the University of Manitoba, Melodie had the pleasure of singing under Dr. Elroy Friesen and with several other ensembles in Winnipeg including Camerata Nova, an innovative ensemble that performs early, contemporary, and Indigenous-infused repertoire. In Vancouver, she currently sings in the Aurora Chamber Choir and the St. Andrew’s-Wesley Vocal Ensemble, and she has sung with the Phoenix Chamber Choir, Vancouver’s Postmodern Camerata and for the Cypress Choral Music publishing company. In 2018, Melodie conducted the Chor Leoni Vancouver MYVoice ensemble and this year she will conduct the North Vancouver MYVoice ensemble as well. Besides teaching, singing, and conducting, Melodie also plays flute in North Vancouver’s Black Bear Band, is a member of the BC Music Educators' Association conference committee, and is thrilled to be on the VYC Music Literacy team!

Join our email list and be the first to know about special events and other exciting news!